The Best Time to Schedule a Job Interview

When is the best time to schedule your interview? The easy answer is whenever it works for the interviewer! After all, that’s the goal — to get the interview, and then the job offer.

But what if you are offered a choice of dates and/or times for the interview? When should you choose?

Here are the pros and cons of being towards the front of the pack, one of the last, or somewhere in the middle.

Where Do You Want To Be In the Schedule?

Interviewers compare candidates against other candidates — if you are the first, other applicants will be judged against you. This sounds good — but unconsciously, the interviewer is looking for an improvement over you.

“Contrast bias” occurs when an interviewer compares candidates against each other. It’s a common effect in the hiring process, as candidates are judged in comparison with one another instead of each candidate being assessed individually on his or her skills and qualifications. This can be a positive if you are a stronger candidate than the other applicants being interviewed, but it can also be a negative as the interviewer may unconsciously be looking to find someone “better” than you, even if you’re the perfect fit.

You also don’t want to be the last candidate interviewed — especially if a lot of applicants are being considered. Unless your qualifications are substantially better — or different — than the others being interviewed, it’s harder to stand out.

If all the interviews are being conducted on the same day, it’s also likely the interviewer may be tired — conducting multiple interviews in a single day can be draining. A key sign of this is if the interviewer says something like, “Did I already ask you…” — that’s a signal that the applicants are all starting to blend together and that you need to especially make yourself stand out.

If possible, you want to be in the early to middle part of the list of candidates interviewed.

If you’ve ever watched “America’s Got Talent” or “American Idol,” you’ve seen this principle in action. As the days grind on, the decision-making process gets shorter and shorter as the patience of the judges wears thin. An act that might have advanced if it had been considered earlier sometimes gets a quick “no” on the next-to-last or last day of judging.

This is an especially important concept for screening interviews (when the applicant pool is being narrowed down for more in-depth interviews) or in a first-round interview (when second or third interviews will be conducted). The interviewer may have already said “yes” to several other candidates and may be getting mindful of not wanting to have to interview too many candidates in the next round.

If you are told that interviews will be conducted over a period of 3 days, for example, try to schedule your interview in the middle of the first day, or on the second day. Try not to be at the very front or the very end of the interviews scheduled. 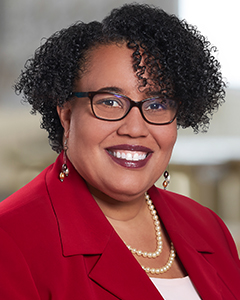 Find Out Your LinkedIn Activation Score by Subscribing

Take a short quiz to learn your LinkedIn Activation Score and get my twice-monthly email.

Check your inbox for your free resources.